Temasek and me have a lot in common. Our fate is intertwined. We are both invested in:

While I am a 🦐 and they are a 🐳, it is important to know how they work with their monies, and Singapore’s monies.

Who are Temasek shareholders?

Temasek’s sole shareholder is the Singapore Minister for Finance.

The Minister for Finance is a body corporate.

It is important to know who’s the boss.

Minister for Finance (the boss)

Turns out, the boss “owns” 3 key financial institutions in Singapore:

They are separate entities with distinct roles and mandates, and distinct management teams.

The 3 of them contributes to Singapore reserves.

How big is Singapore Reserves?

GIC does not publish exactly how much it manages, while MAS and Temasek do.

Assuming GIC manages only US$100 billion, our total reserves is at least S$850 billion.

All 3 have their distinct roles and mandates set forth by the boss.

MAS acts as the central bank. They manages our foreign reserves (foreign currencies). Unlike US, Singapore does not control interest rate. Instead, MAS manipulates the exchange rate bands with the foreign currencies that it holds.

Temasek is an investment holding company since the early years of Singapore’s independence, investing on a commercial basis. They invest in big companies like Sembcorp, global ones like Alibaba, and startups like ShopBack.

GIC manages our reserves, past and current. They are also the one who indirectly use our CPF money.

An extract from their annual report: 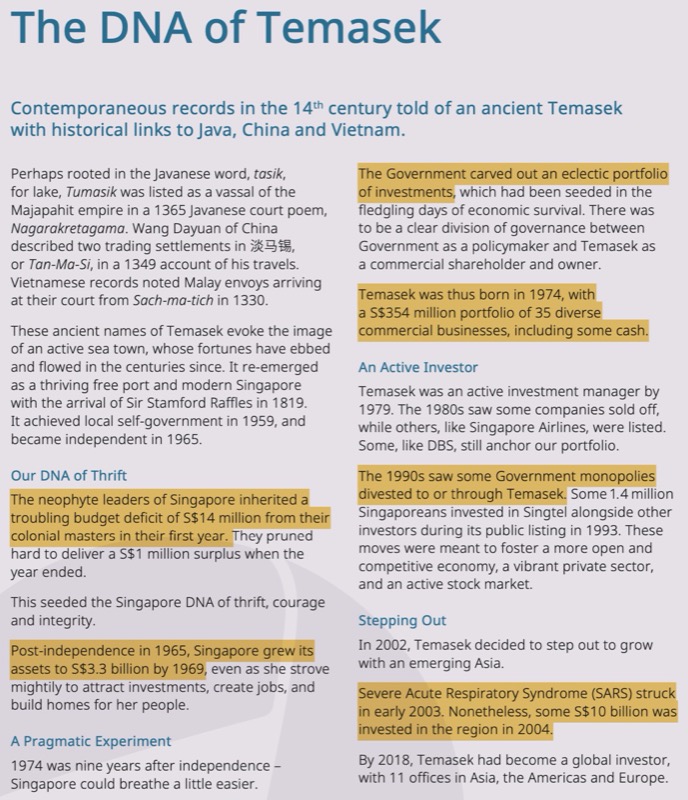 They have grew from S$354m to S$313b (b as in BILLION), that is nearly 1,000x in 50 years. To be clear, I never say it is impressive, considering inflation and compounding interest.

For more info, refer to my friend on seedly:

Each new government starts their current reserves from zero.

After the coming election in 2020 July, a new government will be formed, and the book keeping will be reset.