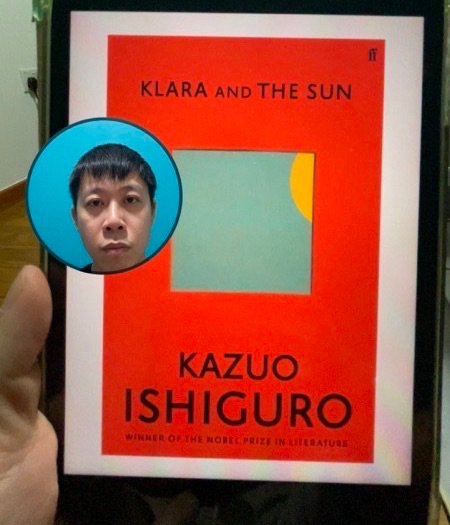 A great novel on a mother’s love, a robot’s faithfulness, and how irreplaceable is our hearts.

This novel has a glimpse into the future – robots and enhanced human beings.

Josie is lifted (probably by modifying her DNA), and the risk is becoming sick. It is a decision the mother took, which she justified:

the moment I first held her, everything about her told me she was hungry for life. The whole world excited her. That’s how I knew from the start I couldn’t deny her the chance. She was demanding a future worthy of her spirit. That’s what I mean when I say she played for high stakes. Now what about you, Rick? Do you really think you were so smart? Do you believe of the two of you, you’ve come out the winner?

Rick is a rare unmodified human being.

You played for low stakes and what you’ve won is small and mean.

At her dying bed, Josie did not blame her mother. She will always love her.

As parents, we make many decisions for our kids, hoping they will one day “play at the big table”.

How did it really end

When a book is sketchy on the details, it can become so good. It left me wondering.

Did Josie really recovered from the illness, or was she a replacement AF?

There are many clues. One of which is when Klara said.

Mr Capaldi believed there was nothing special inside Josie that couldn’t be continued… There was something very special, but it wasn’t inside Josie. It was inside those who loved her.

Klara was saying that the scientist was wrong to think he can replace a human with a robot.

The problem is that he can’t do anything about the others; he can’t replace the love in their hearts.

The “Josie” went on to college, but the others did not love her the same; Rick, Klara , The Father & The Housekeeper all faded from her life.